The history of our church tells an important story of the journey God has enabled us to take in propagating the Gospel of Jesus Christ from the late 1960s to the present time. It shows the immense courage, dedication, sacrifice and commitment the early sojourners made, often with very little resources, but with a BIG attitude and an immoveable faith that God would see them through. It testifies to the awesome power of Almighty God in carrying the church through every step of its journey; often reminding us that the vision will come to pass – we only have to wait for it.

The journey of the New Testament Church of God in Cheetham Hill began in the early 1960s, when an evangelism team from the District Church in Brooks Bar Manchester began an outreach mission in the area. The team consisted of the late Revd Charles Wilson (former Pastor of the Cheetham Hill church), the late Revd George Stephenson, Sister Gloria Swanston and Norma Williams. These early pioneers recognised that the field was ready for harvesting and spared no effort in making weekly visits on Sunday afternoons. They went from house to house visiting various people, holding prayer meetings and encouraging those they met.

As the work progressed and more people began to join the new fellowship, more suitable premises were sought to hold worship services. A place was acquired in Cheetham Hill Town Hall (on Cheetham Hill Road) to officially organised the church, and on Sunday, 19th June 1971 the then District Overseer, Bishop Glenford E. Hutchinson conducted the opening service.

The service began with the singing of hymn No. 157 from the church hymnal: “Joy Bells Ringing in My Happy Soul Today.” Devotion was led by Sister Gloria Swanston. The Scripture was taken from John chapter 17, read by Sister Norma Williams.

Bishop Hutchinson explained the Declaration of Faith from the Church of God’s minute book, and the teachings of the church to the new members. Vows were taken by five members: Exhorter Charles Wilson, who was appointed as the first Pastor; Sister Alethia Rose appointed as church clerk; Brother Allen as Deacon; and Brother Ritchie as officer and treasurer. 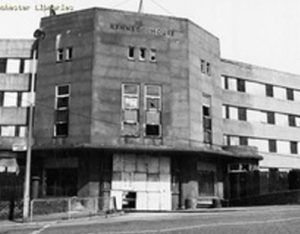 The church moved from the Town Hall to a rented hall at Kennet House (a block of flats along Woodlands Road and Hazelbottom Road). The hall was in a dilapidated condition and required a great deal of renovation. The work was carried out by members of the church who were so grateful that God had provided them with a place to worship and share fellowship.

The hall was very hard to maintain – it was used on Saturday nights as a dance hall, so the smell of alcohol and cigarettes was everywhere, not to mention cigarette ends and broken bottles. Pastor Wilson would arrive early on Sunday mornings to prepare the hall before Sunday school – a show of his love and pastoral care for the brethren. Other sisters also shared the tasks of cleaning and painting the hall. 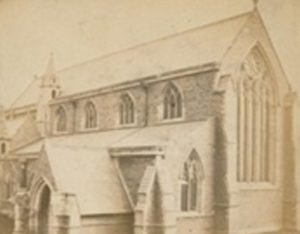 When Kennet House became due for demolition, the search began for an alternative venue. With the help of God, the trustees of St Albans Anglican Church at the bottom of Waterloo Road came to the rescue. The building was extremely cold, so heaters had to be purchased to keep the brethren warm.

Prayer meetings in family homes were resumed, with Sister Nembhard home adopted as a primary location for meetings and practice sessions. The home of Brother and Sister Dennis was also used for prayer meetings. 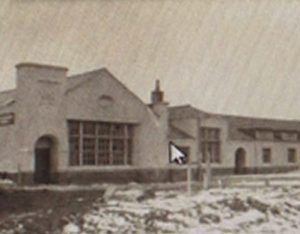 The search for a more permanent place for worship resulted in the acquisition of a building in Bond Square, Salford, in the early 1970s.  The re-dedication of the building was led by Revd. Eric Brown. Sister Dennis was appointed as secretary. The church began to grow, despite its ups and downs, as many activities were put in place and began to flourished. These included:

The church was actively supported by the District Overseer, Bishop Terrence Caine and his wife Sister Hope Caine, the District Women’s President. 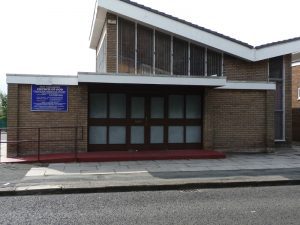 The building at Bond Square outlived its usefulness and was beyond repair. It was time to move again, and in 1994 a new building was acquired at 1 Tamerton Drive, Cheetham Hill, where the church continued for over 23 years.

In 1999, following the closure of the Oldham Church, many of the brethren moved to the Cheetham Hill church, where they have remained to this day.

When the Lord calls…

In 2001 Pastor Wilson took ill and was unable to carry out his ministry as fully as he wanted to. Brother Michael Slaven was asked to lead the congregation and take care of the upkeep of the building. This he did faithfully, assisted by Sister Christine Slaven as secretary, and Brother Colin Hylton, along with the support of other members of the church.

When Pastor Wilson was called home to glory on the 25th May 2004, Brother Slaven continued in the leadership role for the next four years. On Sunday, 9th May 2008 Revd. Herbie McKenzie was inducted into the pastorate of the Cheetham Hill Church.

In February of the same year (2008), a new District Overseer was also inducted for the Manchester District, Bishop Barrington Mullings, who continues to oversee all NTCG church in Manchester.

On Sunday, 19th June 2011, Cheetham Hill New Testament Church of God celebrated 40 years of Pentecostal witness in Cheetham Hill and the surrounding areas of Greater Manchester, adopting for its theme: “We have come this far by Faith.” The weekend of celebrations began on Friday, 17th with a 40th Anniversary Heritage Awards Dinner at the actual venue (was then a banqueting suite – Saffron Eastern Cuisine), where the church began 40 years earlier. The celebration and Thanksgiving services were held at St John the Evangelist Church, Waterloo Road.

On Wednesday, 9th November 2016 the keys to St John the Evangelist Church were handed over to the New Testament Church of God Cheetham Hill. After over 18 months of work to renovate and prepare the building, the first official service was held on Sunday, 6th May 2018, with the celebration of the Lord’s Supper.

On Saturday, 16th June 2018 the church was officially opened by the Administrative Bishop, Dr Donald Bolt. Over 400 people were in attendance from across the UK and USA.

The purchase of this historical and landmark property has become the new home for the church, New Testament Church of God Faith Tabernacle, as it continues the journey began in 1971.

Today, the Church is firmly located in the heart of the community in Cheetham Hill, reaching all nations with the Gospel of Jesus Christ. It has been an active member of Churches Together in Manchester 8 and continues to support joint work with other churches in the area

On Sunday, 23rd June 2019 a national Windrush Service of celebration was held at the church, supported by the Jamaica National Bank and the Jamaica Society Manchester, and attended by Lord Bourne of Aberystwyth, Minister for Faith. Over 350 people were in attendance from across the UK.

Project 2021 celebrates both the 50th anniversary of the New Testament Church of God in Cheetham Hill, and the 150th anniversary of St John the Evangelist Church, now our new home. These celebrations are being planned for June 2021.

So as we look towards the next milestone in our history, we are mindful of the awesome responsibility bestowed upon us, to reflect the image of the Lord Jesus Christ, as we carry out the missional mandate to: “Go therefore and make disciples of all the nations, baptising them in the name of the Father and of the Son and of the Holy Spirit. Teaching them to observe all things that I have commanded you…” (Matthew 28:19-20, New King James Version). Truly! “We have come this far by Faith.”

New Testament Church of God Faith Tabernacle
Waterloo Road
Cheetham Hill
Manchester
M8 0BA
UK
Tel: +44 (0) 161 202 1851
Email: admin@ntcgft.org.uk
Back to top
We use cookies on our website to give you the most relevant experience by remembering your preferences and repeat visits. By clicking “Accept All”, you consent to the use of ALL the cookies. However, you may visit "Cookie Settings" to provide a controlled consent.
Cookie SettingsAccept All
Manage consent

This website uses cookies to improve your experience while you navigate through the website. Out of these, the cookies that are categorized as necessary are stored on your browser as they are essential for the working of basic functionalities of the website. We also use third-party cookies that help us analyze and understand how you use this website. These cookies will be stored in your browser only with your consent. You also have the option to opt-out of these cookies. But opting out of some of these cookies may affect your browsing experience.
Necessary Always Enabled
Necessary cookies are absolutely essential for the website to function properly. These cookies ensure basic functionalities and security features of the website, anonymously.
Functional
Functional cookies help to perform certain functionalities like sharing the content of the website on social media platforms, collect feedbacks, and other third-party features.
Performance
Performance cookies are used to understand and analyze the key performance indexes of the website which helps in delivering a better user experience for the visitors.
Analytics
Analytical cookies are used to understand how visitors interact with the website. These cookies help provide information on metrics the number of visitors, bounce rate, traffic source, etc.
Advertisement
Advertisement cookies are used to provide visitors with relevant ads and marketing campaigns. These cookies track visitors across websites and collect information to provide customized ads.
Others
Other uncategorized cookies are those that are being analyzed and have not been classified into a category as yet.
SAVE & ACCEPT
Links: PamperTree