Links To Our Past 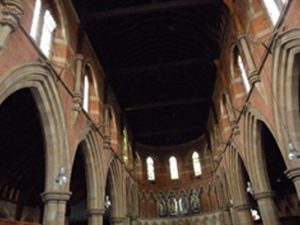 Links to our Past is a project funded by the Heritage Lottery Fund (HLF) to conserve the history of the peoples and businesses that surround the church and make this heritage available to the community.

We intend to build a database of people who lived in surrounding streets; mapping their place of origin, their faith and their employment between 1870 -1880. The area of Cheetham has a long history of waves of migration. We want to document the migration patterns and settlement of the area during a period of great social change in Manchester, at a point where Victorian England had no active policy on migration other than open borders. We want to map the faith buildings, the factories that provided employment, the fields that provided the food for the citizens and the welfare support of the citizens through church and the workhouse.

Cheetham Hill is one the most diverse neighbourhoods in Manchester. The demographic profile of the area shows a recent history of migration encompassing people from Europe, Asia, India, Pakistan, Bangladesh, Uganda and African and Caribbean countries who have arrived as part of the patterns of migration to the UK. These patterns of migration have been occurring for hundreds of years.

Cheetham has always had a history of migration, Manchester has relied heavily on the immigration of skills and expertise from outside the UK. During the development of the industrial revolution Manchester moved from being a small rural Lancashire farmland to being the exemplar of the new technology driven industrial cities. 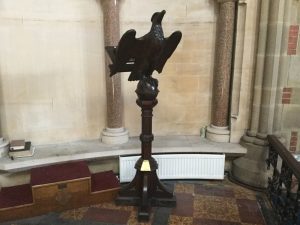 Its proximity to water courses, and later coal mines and canals and the development of railways established Manchester as a production centre for weaving. As the mills and factories grew more people were recruited to work in the factories and industrial centres from countries across Europe and the Victorian empire. We intend to work with schools and community volunteers to map out employment patterns, spread of faith groups, scale and distribution of families and their places of origin, mapping of education provision following the 1844 Factories Act and prior to the introduction of the Education Act of 1870. We particularly want to research and identify the ragged school and church school provision of education and identify the social, medical, and welfare support available in the area in Victorian Manchester. Working with Schools and Community groups using census details and church records, we want to identify the people who lived locally and used the church. Who were they? Where did they come from? What jobs did they do?

Using the Church of St. John the Evangelist to establish the variety of people contributing to the social and economic development of Manchester and Cheetham Hill. We will highlight the skills that came to Cheetham Hill and how people built the economic success of Manchester. We will map the local streets and lanes and explore the role of faith communities in providing welfare support in the age before the development of the welfare state. 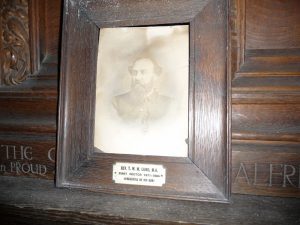 Outcomes we want to achieve

We will recruit community heritage volunteers to develop a database using Census documents and church records to map the population, their places of residence, their places of origin, faith and their recorded employment. We will produce and curate an exhibition using ordinance survey maps showing the places of work, worships and residence of the community surrounding the church and comparing the Victorian landscape to modern maps.

Cheetham Hill is a vibrant and diverse North Manchester ward which is home to residents from a wide variety of faiths, cultures and nationalities, a result of several waves of immigration to Britain over the years. The ward borders Crumpsall and Harpurhey wards to the north and east, Manchester City Centre to the south and Salford City Council to the west. According to the 2011 Census, Cheetham has a population of 22,562 of which over half belonged to non-white ethnic groups, which Pakistani the largest, over 26.0%, followed by mixed backgrounds, Black African, Chinese and Black Caribbean heritage. This diversity is reflected in the built landscape of the area – mosques, churches and temples are prominent local features, while many of the shops along the main high road is run by and cater for the local South Asian and Eastern European populations. Many of these shops, however, also cater for the local Black African / Caribbean population.

The wider Cheetham area is also home to a range of cultural assets, including the Jewish Museum, the Irish World Heritage, Centre and the Ukrainian Club. Cheetham Hill is relatively more deprived than other parts of Manchester, with a high volume of unemployment. In terms of health, life expectancy at birth is like Manchester but lower than England. Mortality rates for all causes of death in the area are higher than Manchester. The area also has higher rates of mortality from circulatory diseases than Manchester. There are also lower educational achievements than Manchester, and crime and anti-social behaviour (ASB) is higher than that of the city of Manchester.

New Testament Church of God Faith Tabernacle
Waterloo Road
Cheetham Hill
Manchester
M8 0BA
UK
Tel: +44 (0) 161 202 1851
Email: admin@ntcgft.org.uk
Back to top
We use cookies on our website to give you the most relevant experience by remembering your preferences and repeat visits. By clicking “Accept All”, you consent to the use of ALL the cookies. However, you may visit "Cookie Settings" to provide a controlled consent.
Cookie SettingsAccept All
Manage consent

This website uses cookies to improve your experience while you navigate through the website. Out of these, the cookies that are categorized as necessary are stored on your browser as they are essential for the working of basic functionalities of the website. We also use third-party cookies that help us analyze and understand how you use this website. These cookies will be stored in your browser only with your consent. You also have the option to opt-out of these cookies. But opting out of some of these cookies may affect your browsing experience.
Necessary Always Enabled
Necessary cookies are absolutely essential for the website to function properly. These cookies ensure basic functionalities and security features of the website, anonymously.
Functional
Functional cookies help to perform certain functionalities like sharing the content of the website on social media platforms, collect feedbacks, and other third-party features.
Performance
Performance cookies are used to understand and analyze the key performance indexes of the website which helps in delivering a better user experience for the visitors.
Analytics
Analytical cookies are used to understand how visitors interact with the website. These cookies help provide information on metrics the number of visitors, bounce rate, traffic source, etc.
Advertisement
Advertisement cookies are used to provide visitors with relevant ads and marketing campaigns. These cookies track visitors across websites and collect information to provide customized ads.
Others
Other uncategorized cookies are those that are being analyzed and have not been classified into a category as yet.
SAVE & ACCEPT